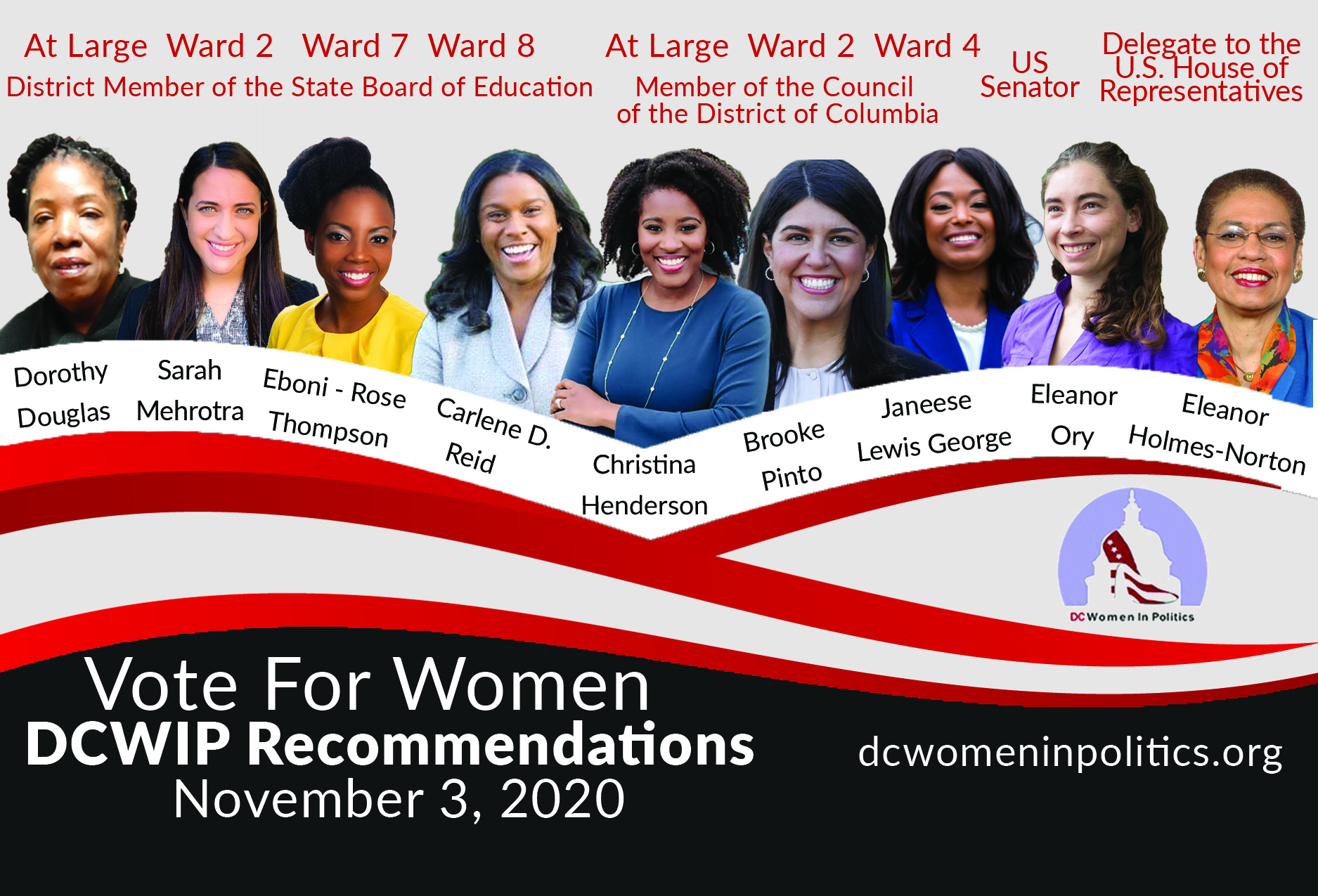 WASHINGTON, DC, October 5, 2020 — DC Women in Politics (DCWIP) announces its endorsements following its virtual town hall which included a panel discussion featuring the women candidates running for the DC State Board of Education (SBOE) and other Congressional races.

“In 30 days, DC voters will elect an array of female candidates. We affirm that women best represent women and children's budget and legislative needs on the DC City Council and in Congress. The women’s wave will flip two male seats in Wards 2 and 4, and help elect a total of seven progressive women for a historical majority female council. Let’s vote up and down the ticket from the first female Vice President, Kamala Harris, to Christine Henderson, At-Large Councilmember. Also, elect four State Board of Education Members and more women to Congressional Seats,” says Anita Shelton, President of DCWIP.

The virtual event attracted more than 600 viewers on Facebook.  The candidates spoke about various issues impacting District residents, and especially women, children and families who have been hardest hit by COVID-19. Following the town hall, a Preference Poll gave attendees the opportunity to cast their vote for their choice of the best qualified candidates. Seven female candidates are running for SBOE seats and three for other Congressional seats. Below are the candidates selected and their accompanying statement presented for the town hall.

DC State Board of Education Candidates

DC Women in Politics is organizing to elect the seventh woman to the Council of the District of Columbia, establishing a female majority for the first time.

ABOUT DC WOMEN IN POLITICS

DC Women in Politics is a diverse nonpartisan, nonprofit women’s leadership organization. Our mission is to increase the number of women elected to public office and to monitor their legislative and advocacy actions on issues that impact women and families. For more information about DC Women in Politics visit www.dcwomeninpolitics.org on Twitter @dcwomen_politcs and DCWomenInPolitics on Facebook.